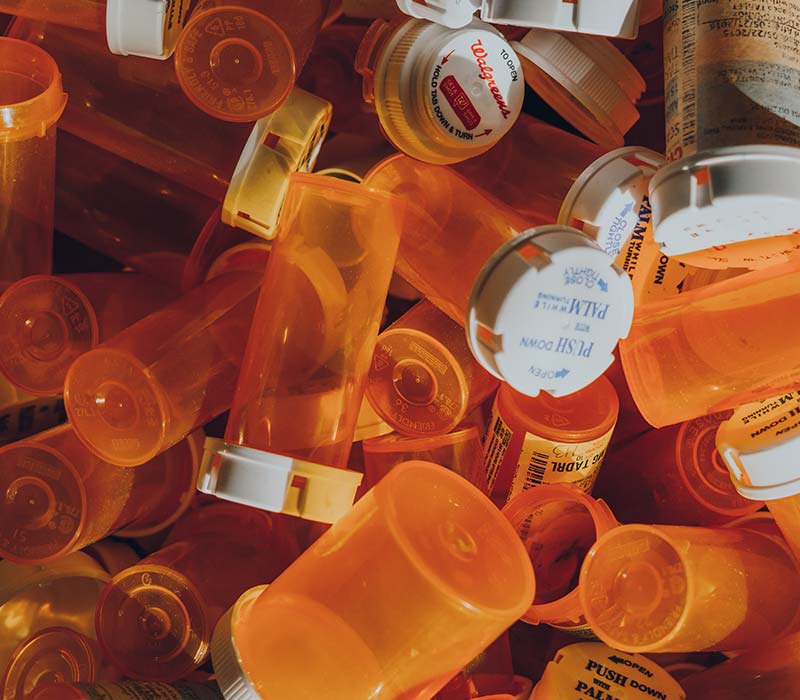 Cannabis has been used to treat acute and chronic pain, due to its ability to ease pain for nearly 2,000 years. The first recorded use of cannabis as an anesthetic was in the 2nd century AD, when a Chinese surgeon mixed cannabis powder with wine to numb the pain of his patients.

Recently, public health officials and doctors have hailed medical cannabis as a possible solution to the opioid crisis. While opioids have become a popular fix for pain relief, opioids have been known to be highly addictive since first introduced to modern medicine in the 1800’s. Morphine addiction was so common during the Civil War that it was known as the “Soldier’s Disease,” and although heroin was developed as a substitute for medical use it quickly became known as a recreational drug.*
The prescription of pharmaceutical opioids for pain relief saw an uptick in the early 1990’s, around the time that physicians recognized that patients were suffering because pain was undertreated. Around that time, California became the first state to legalize medical marijuana in 1996. The California law specifically allowed for medical use of cannabis to treat chronic pain, among other illnesses.

THC, the most abundant cannabinoid in the cannabis plant, is for its pain-relieving effects, while CBD is well-known for its anti-inflammatory properties. CBD also alleviates the anxiety that  leads  to  drug  craving. In pilot studies on human patients, administering CBD prevents heroin craving for at least 7 days.

According to research by the non-partisan think tank Rand Corp, states with functioning medical marijuana programs showed a 20% decline in opioid overdose deaths between 1999 and 2010. A similar study published in the New England Journal of American Medicine estimates that opioid overdose deaths have decreased by an even higher amount, by 25%.

This effect is amplified the longer the law has been in  place. For instance, a 33% drop in opioid overdose fatalities was recorded in California, where medical marijuana has been legal since 1996. According to the JAMA study, “Approximately 60% of all opioid analgesic overdoses occur among patients who have legitimate prescriptions from a single provider.”

This data suggests that wider access to medical marijuana enables patients to substitute marijuana for addictive opioids. Patient advocates for cannabis range from cancer patients to football players who have long suffered from opioid dependence.

In 2017, the NFL Players Association made headlines when they asked the NFL to consider changing the rules regarding drug use to allow medical marijuana for pain management. More than half of NFL players are treated with opioids throughout their career.

In March 2018, NFL running back Mike James became the first player to ever request a therapeutic use exemption specifically for cannabis. He made the switch from opioids to medical marijuana after developing a dependency on painkillers that were prescribed to him.

In April 2018, CNN correspondent Dr. Sanjay Gupta has come out in support of using medical marijuana to wean patients off of opioids. He estimates that access to “medicinal marijuana could save up to 10,000 lives every year.”

How Does It Work?

The most abundant cannabinoid in the cannabis plant, THC, is known for its pain-relieving effects, while CBD is well known for its anti-inflammatory properties. Medical studies have demonstrated that cannabis has therapeutic value for both inflammatory and neuropathic pains.

THC activates cannabinoid receptors that modulate the nociceptive thresholds that trigger pain, meaning that it blocks pain receptors in the nervous system. Cannabinoid receptors also show synergistic effects with other systems that influence analgesia, including the endogenous opioid system.**

Did you find this article informative? LIKE our Facebook page to be alerted when new features are published.

Medical Cannabis as an Alternative

Pain can severly impact one’s quality of life—whether it be chronic, neuropathic, inflammatory, oncologic, or beyond. If you are seeking alternatives to opioids for pain-management, and live in a state where medical marijuana is legal, speak to your doctor about the possibility of using cannabis as treatment.